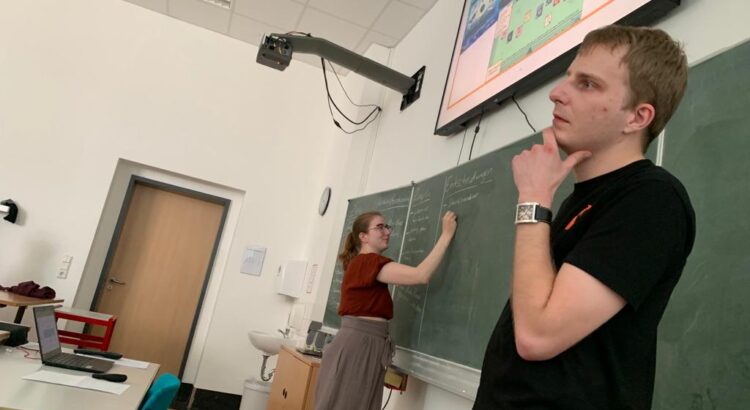 We’ve been to the Werner-von-Siemens school to teach pupils of the 6th grade about computer games and how to develop them.

On March 18 Sarah and Lars held a lecture about the general structure of games and then encouraged the kids to work on a new game themselves. So 12 kids sat down and worked alone or in groups (some even aided by a few parents who also joined the course) to develop their idea. An hour later, after a lot of sketching, debating and wild thoughts, the first session was done. Amongst the many ideas was a project that explored the universe, another cleaned up the sea by diving through the ocean to gather waste, and yet another project consisted of running endlessly through a forest to gather mushrooms.

On March 30 we met again, this time in the computer room of the school. Robert showed the 9 pupils and one parent in attendance what can be done with Godot and the kids eagerly matched every move. After two hours of hard work, there was a player on every screen, movable with the keyboard and able to gather stuff surrounding it. This session concluded our small but awesome project. A big thank-you to Ms. Motejat for all the arrangements and for making everything possible. Motivated teachers are great. 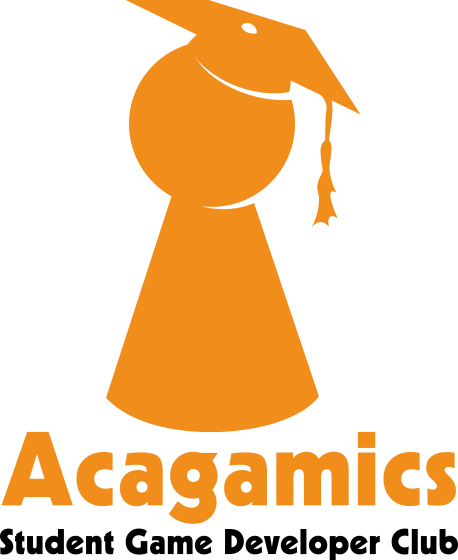